Review / A rare occasion of something special

At James O Fairfax Theatre. May 22.

“BY Arrangement” was an apt title for this concert; all three works were arrangements of originals. It was interesting to hear familiar music become even more familiar but in a very different way. Pianist, Kathryn Selby, and her friends, violinist Andrew Haveron, and cellist Timo-Veikko “Tipi” Valve introduced that new familiarity with some splendid playing. 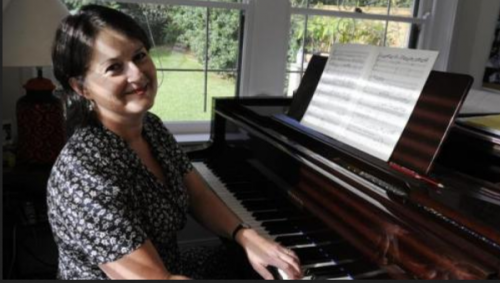 For this concert, it was the Symphony No 96, nick-named the “Miracle” because it was said the chandelier fell in the premiere performance, hurting no-one. (It actually happened in the premiere of No 102, but the name stuck with No 96.

The piano has the dominant role but, at times in this performance, it overshadowed the strings. Overall, though, the performance was light and airy with that typically Haydnesque stateliness.

Then in a complete contrast was Ravel’s “Le Tombeau de Couperin”.  He wrote it for piano during World War I, with each of the six movements a tribute to friends who had died at the front. Far from being sombre, it’s a series of dances evoking a positive outlook on life.

In 1919 Ravel arranged four movements for orchestra. Then, in 2006, a New Yorker, Matt van Brink, arranged the orchestral version for piano trio.

In the original work and, especially in the van Brink arrangement, we hear a very modern approach. There is a lightness of touch with modern harmonies and modern ideas, giving the work a freshness and new appeal. Selby and her friends were brilliant, with lead melodies moving effortlessly from one to the other, only to come together in perfect balance, then take off again in new directions.

The second half was given over to Beethoven’s mighty opus 84 triple concerto (for piano, violin and cello) from 1804, and it’s full of all the drama and virtuosity you’d expect. Forty years after Beethoven’s death, fellow countryman composer, Carl Reinecke, turned the concerto into a piano trio.

For this performance, it did not matter that there was no orchestra, for Selby, Haveron and Valve drew all the drama, emotion and vivid colour out of this monumental work. In the third movement especially, the profound virtuosic playing of all three was stunning. It was one of those rare occasions when something very special enthralls the audience.

It’s no wonder Kathryn Selby has such a strong and loyal following in Canberra.