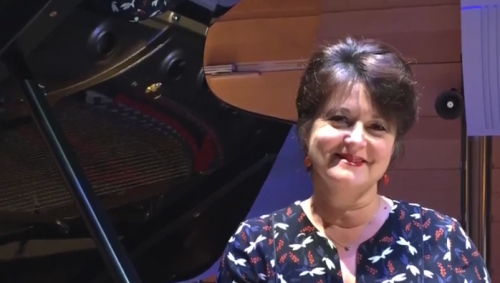 Kathryn Selby in “Root Position”… All pieces were played with insight and sensitivity throughout the recital, which gave the audience an exceptional performance.

Joining artistic director and pianist Kathryn Selby were guest violinist and Australian World Orchestra leader Natalie Chee and Sydney Symphony Orchestra co-principal cellist Umberto Clerici. The title of the concert was “Root Position”, referencing the three keys, C, E and G, which also make up the root position of the C Major key. Each piece played was in one of these keys. However, as Selby jokingly said before the concert, only in Australia is there a sniggle when it comes to the term root position.

Opening with Beethoven’s “Piano Trio in E flat major”, WoO.38, the even and one could say, safe work by the 20-year-old Beethoven followed a clear and steady path. The dynamic and tempo of the whole trio varies only slightly. All three movements are essentially in an allegro tempo. In the second movement, each player gets a short solo, and this added to the colour of the piece. It was played with precision and balance, but it’s not music that moves the soul.

While only 26, Mendelssohn composed his “Piano Trio No.2 in C minor”, Op. 66. This mature work breathed fire and passion. Along with a softness and intimate beauty, it searched for and found the heights of exceptional creativity.

Each of the players brought their parts alive, impassioned with flair and reflecting the music equally. The first movement was played so well I’m sure there were many who wanted to applaud loudly on its final note. The violin and the cello brought out the tenderness in the second movement. The third movement scherzo rushed into action on all instruments. The string players rapidly sawed away as Selby’s fingers on the piano didn’t seem to stop.

The final movement began at an even faster pace than the third. This triumphant section had echoes of the previous movements and more. Mendelssohn let loose in this allegro as did the players – breathtaking.

After the interval, Bedřich Smetana’s “Piano Trio in G minor”, Op.15. The fire and pain expressed in the opening few bars set up the narrative of this piece. It soon became childlike expressing the remembrance of the composer’s eldest daughter who died at just four. It turned again, into rage and confusion as it burned its way through the first movement.

The clear communication between the three players adds much to the nuance and timing of the music they perform. They play as one and this maintains a professional balance and lets the music speak first.

Smetana’s trio crossed a lot of boundaries and alternative styles, some quite contemporary. The second, and especially the third movement had the greatest variation in compositional technique this reviewer has heard in a concert hall for some time. All pieces were played with insight and sensitivity throughout the recital, which gave the audience an exceptional performance.