Antilogy by Selby & Friends at the National Gallery of Australia

If you are lucky enough to obtain a seat for the next Selby & Friends concert you’ll get a taste for just what these regular tours can offer music lovers. Of course, you may already be a dedicated patron in which case you obviously relish Kathryn Selby’s visits to Canberra with her selection of outstanding guest musicians and you’ll be eager for details of her 2016 tour program.

And what about that intriguing title Antilogy? “I was looking for something that would describe the program which marries a contemporary Australian work next to an impressionist French romantic work and a German high Romantic work,” Selby says. “It seemed at the time that it was a contradiction in ideas as they were so very different, especially as their forces are also different … It somehow fit what I was trying to express.”

Perhaps, in this case, the term also suggests a highly individual mind that strives to bring ever interesting things to an audience.

Selby is also pleased to have a new performer, the talented young Da Silva Chen, on stage at this concert as she loves to encourage burgeoning musicians. But she also loves to have faithful favourites such as Clancy Newman, Daniel Dodds and Susie Park join her for performances. These three will be “homecoming” artists during 2016 and will be

And what a program of music is on offer during 2016! There’ll be chamber works by musical giants Beethoven, Schubert, Mendelssohn, Brahms and Shostakovich, works by Busoni and Arensky and works by contemporary Australian composers Julian Yu and Gerard Brophy.

2016 will be the tenth year of performances by Selby & Friends, formed by Selby after her years with the Macquarie Trio and TRIOZ.

“I’m not the star; perhaps ‘linchpin’ is a more appropriate term,” she says. “I always listen to my audience and take on board what they like. After all, they determine whether I survive. I do as much Australian repertoire as I can. I commission works and sometimes I get a government grant. Recently I’ve been mining the musical archives and finding pieces that may have been played only once before.”

Selby says that a decade is a significant milestone for an artistic venture in Australia. “Selby & Friends was born out of my love for chamber music and my experience collaborating with many brilliant Australian and international guest artists, so it is fitting that in 2016 we celebrate that decade by highlighting extraordinary musical talent.”

The final concert for 2015 will be an all-Beethoven affair and will be presented in Canberra at the Fairfax Theatre on November 23 and the first 2016 concert in Canberra, to be performed at the same venue on February 23, will feature works by Beethoven, Schubert, Busoni and Arensky.

“I like the Fairfax Theatre,” Selby says.  While it is a charmingly intimate space for chamber music its size cannot always accommodate everyone who would like to attend. In the past the Macquarie Trio offered a shorter twilight concert in addition to the later one with the full program, “and I’d like that to happen again,” Selby says, “and it could if there was the demand and I could afford to pay the artists. At present the Canberra subscription sells out quickly. You have to get in fast.” 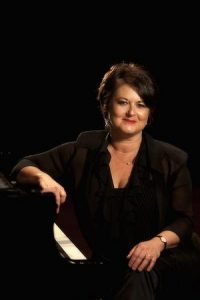 “It’s a lovely thing for me to have come to Canberra for 16 years, but tours take dedication and hard work all the time. I love being out on stage with my guests. We’re entertainers first and foremost but we always like to talk to the audience and make sure that they are having a good time.”