YOUTH AND THE DANCE – Movement at the Station 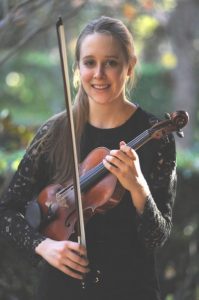 Kathryn Selby began her subscription series in Melbourne with some depressing news, the most significant part being that she will be leaving the Deakin Edge space at Federation Square for another venue yet to be determined.  Apparently, the Square authorities will not permit reservations longer than a year in advance, not even from regular clients – which flies in the face of sensible business practice but what would you expect from this white elephant?   Selby has been on this path before following her move from Melba Hall at Melbourne University (which now won’t hire to any ‘outsiders’ – don’t you just love exclusivist purity?) and her options are few and far between, especially as the new venue of necessity must stock a piano.  We can all think of spaces but those fit for the purpose are close to non-existent.   You’d automatically think of the Recital Centre and its Salon, but the audience for Selby & Friends recitals is usually larger than can be accommodated in that room.

The less important matter was that one of the series sponsors, Cleanskins Wine, was unable to provide interval drinks since an Edge/Square regulation requires the presence of security officers to police the disorderly inebriates who frequent chamber music recitals and Selby can no longer afford to pay for such functionaries.  Not that this bothers some of us; if I have an interval drink these days, I tend to nod off before the final work’s second movement.   But it’s an aspect of conviviality that many others relish and, for the life of me, I can’t recall these public guardians actually doing anything constructive during the time that the ensemble has been appearing in the venue.

This all took some time to get through before Selby invited her guests onstage.   Both violinist Grace Clifford and cellist Clancy Newman have appeared previously as Friends and so are accustomed to the venue and their host.   Thursday night began with that most agreable of young works by Beethoven, the E flat Trio Op. 1 No. 1 and, from the initial bars, Selby took control as expected.   Beethoven gives most of the interest in all four movements to the keyboard and, whether I was sitting in a hot spot or the tuner had somehow heightened the piano’s resonance, the piano part dominated proceedings with an unexpected force.  In fact, the two strings have few chances to shine and stayed recessed, even though Selby was discreet in segments where her content is figuration-work.

Still, both Clifford and Clancy came into their own during the A flat Adagio, typified by sterling collaborative support after the home-key return at about bar 90.  While the Scherzo began as evenly balanced in dynamic, both strings effaced themselves to wallpaper status in the Trio where admittedly they have little to do but drone.  And, as anticipated, the real interest of the finale emerged through the vim and bounce from Selby, exemplified in her ability to colour even brief phrases and in her talent at working animation into the wide-ranging lines that Beethoven created.

For the Saint-Saens Trio No. 1 in F, we heard a good deal more vehemence from Clifford, although she and Clancy presented their work in a guarded manner, not extroverted enough for the first movement’s inbuilt melodic surges, nor a balance for the piano’s quicksilver flights and style of delivery.  In her pre-performance address, Clifford referred to the hurdy-gurdy imitation found in the last pages of this trio’s Andante and she contrived successfully to raise the spectre of Schubert’s Leiermann at several points in pages that proved one of the recital’s high-points, made all the more bracing by all three interpreters treating these pages briskly.  Most of the third movement Scherzo worked very well, the only question-mark coming in the coda with its sur deux cordes instruction to the violin; carried out properly, I’m sure, but the results sounded uncomfortable.  I blame Berlioz.

Saint-Saens gives free play to his inventiveness in the trio’s last movement which has Beethovenian proclamations, page after page of semiquavers for the keyboard, a chorale moment or two, and a concluding molto allegro gallop.  This material involved the string players more satsfactorily; even so, you still felt some reserve, an unwillingness to hurl themselves into the fray.   In other words, a neat interpretation but not one where sheer enthusiasm left you unaware of the formal cracks.

Dvorak in E minor, the Dumky, finished this night which had been further elongated by a preliminary set of observations from Newman and a long interval; some patrons had to creep out before the final movements, I suspect for public transport reasons.   The reading proved engaging, the performers keeping an eye on each other in a score packed with abrupt bursts of action and deliberate contrasts of slow melodic arches and abrupt bursts of folk-inflected angst.   Clifford experienced a bowing error during her first exposed statement in the initial Lento but this was a small lapse in pages that gave Clancy his first sustained exposure of the evening.  The violinist’s subdued support in the following Poco adagio made a subtle backdrop for the cellist’s moody announcement of the melodic content but Clifford sparkled in the pendant Vivace, although Selby let fly in both furioso sections.

The fourth movement, the Andante with muted strings, turned out to be the interpretation’s high-point, crowned with a luminously fine Allegretto coda – understated but eloquently shaped.  During the following Andante moderato/Allegretto scherzando, the problem of balance again reared up when Selby’s ringing upper register drowned out the strings’ obvious efforts, although the concluding Moderato proved exemplary. Reassuringly, the final two movements progressed easily, the musicians functioning as an integrated ensemble with lots of regard for the nationalistic fervour with which Dvorak suffused this popular work.

So, the night lived up to its title with two pretty youngish pieces from Beethoven and Saint-Saens, complemented by a welter of dances strung out across the length of the Dvorak gem.   If the trio combination on this night might not have impressed as balanced throughout all three works, you couldn’t complain  about the level of expertise.

Next in the series on May 24 will begin a half-hour later than usual  –  8 pm  –  to allow Sydney Symphony Orchestra concertmaster Andrew Haveron sufficient time to get from Sin City to the Deakin venue.   Selby’s cellist will be the Australian Chamber Orchestra’s principal, Timo-Veikko Valve, and the program comprises a striking set of arrangements: Haydn’s Miracle Symphony No. 96, revamped for piano trio by the impresario Salomon for whom the composer wrote this work, and quite a few others; a version of Ravel’s Le tombeau de Couperin  from Matt van Brink – the four orchestral pieces, not the full piano solo set; and Beethoven’s Triple Concerto with the original’s solo instruments doing all the work in a transcription by Carl Reinecke.