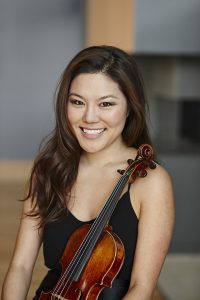 Nothing here to bring the blush of shame to the cheek of modesty: a very orthodox chamber music without surprises from Kathryn Selby and three familiar guests – violinist Susie Park, violist Stefanie Farrands and cellist Timo-Veikko Valve. All of these musicians are part of our continent’s musical life, but Valve leads this particular pack – or so it seems to me – in the breadth of his appearances. His omnipresence rivals that of Brett Dean in the violist/composer’s years presiding at the Australian National Academy of Music, during which time he participated in a plethora of activities.

This whole evening played to our lust for the well-known: Schubert’s Adagio/Notturno in E flat, the E minor Trio No. 2 by Shostakovich, and Schumann’s E flat Piano Quartet. As with the works, so with the performers – all of them in happy collegiality with very few signs of ensemble troubles. Which fortunate outcome you’d expect as all have participated in Selby’s recitals before.

As for the Schubert oddment – a not-too-distant relative of the String Quintet’s Adagio – it was treated with excellent sympathy, avoiding the temptation to sandpaper all the edges during the main theme’s treatments. Only the demisemiquaver at the end of many bars received a smoothing out, rather than bringing into play a short recurrent surprise, a brief interruption to the mellifluous melody. But you’d be clutching at straws to make much of this. Both of the proud internal episodes were handled with tempered vehemence, Selby’s triplets seamless as far as I could tell and the close lines of Park and Valve exemplary in dynamic unanimity and empathetic phrasing.

Coming into the Russian score, Valve worked through the opening six unaccompanied bars of harmonics without showing the stress that most other cellists communicate in this passage, an executive tension that doesn’t end with the violin’s appearance. A few high As near the end of this solo sounded near to danger but the final ascent before normal relations resumed spoke securely enough: Shostakovich’s eldritch summons fulfilled, the drama of sorrow, rage and resignation could proceed. This group favoured an emphatic delineation of the first Allegro‘s highpoint, not getting ahead of themselves – probably because they were conscious of what was coming up – with Selby establishing and maintaining a tempo that rejected the temptation of a cheap accelerando.

This broad outline was complemented by striking instances of telling synchronicity, like the strings’ creeping chromatic scales, the block-against-block interplay of violin-plus-cello against keyboard, Park’s fine juxtaposition of smooth phrases with multiple-stop scrapes, Valve’s well-crafted ability to remain audible and more than just a presence through the fraught climaxes. Later, in the second movement, the pace was mindful of the composer’s non troppo qualifier, which meant that every spicy dissonance and lavish swathe in those G Major interludes could be imbibed fully, without your being rushed across the work’s surface in a frantic presto.

No problems with the Largo: a threnody for the strings over a series of repeated piano chords and the closest thing I know to a contemporary Mourner’s Kaddish. This found both Park and Valve in fine form for the canons and duets that ruminate in muted language on tragedy (the death of dedicatee Sollertinsky? Babiy Yar 1941? The Odessa rioting of 1831? There’s a lot to pick from). Particularly moving was the eloquent accomplishment of the movement’s last nine bars, especially the beyond-grief harmonics in the final bar – one of the score’s finest moments.

With the purposeful Jewish-coloured content of the final Allegretto, it seems as though the composer is celebrating life or survival. He’s not: this is fierce music, as poundingly inevitable as the second movement but more wrenching and sardonic, soon seen in bar 28 where the strings alternate pizzicato quadruple stops – here, mightily impressive in character. Park added to the vehemence with a series of biting glissandi between D and E as she dealt with the movement’s main theme 16 bars after the caustic quadruple string chords stopped alternating.

Valve brought some humanity into the mix when the time signature changed to 5/8 and he surged through the soaring lament here under Park’s biting commentary. Even more gripping execution came in the movement’s core as the inter-linear welter increased and the instruments seemed to be chaffing against any restrictions before the change to an E Major key signature and a cascade of piano figuration relieved the crisis. Finally, it is hard to praise enough the players’ striking and emotionally valid interpretation of the work’s final subsidence which could be a benediction except for what has led to this point, in particular the composer’s reminiscence of his Adagio that begins 16 bars from the end and leads us to a chastening final vision.

Here was a finely spun version that ran across the complete work, intellectually consistent and contriving to keep its emotional reins taut while still rewarding you with a continuous current of tense pathos.

Finally, Farrands joined the party for Schumann’s welcome instance of life affirmation. His Piano Quartet, more than the Piano Quintet, speaks with a buoyant accent; even its working-out pages have a relish that, if it’s not actually rare, is remarkably jaunty. After the brief sostenuto, the first Allegro showed how the addition of an extra string voice can exert an influence on the balance, Selby being too polite by far for the first and fifth bars of the first subject. Park began impressively and enjoyed the prominences that Schumann gave her, but Selby made an unanswerable case for the piano’s dominance, even in slight details like her right-hand staccato scales 16 bars before Letter C in my aged Peters Edition score.

Indeed, the more you listen to this video, the higher your esteem for these musicians grows. Their accents are crisp, dynamic mirroring exact to a fault, octave and unison duets (or trios) precise, sense of place in the ensemble remarkably faithful and consistent. Have you ever noticed how much of the development to this movement is in the minor? Practically all of it. Yet these people made this harmonic oddity unremarkable, honing in on the underlying delight in motion even through some mighty predictable modulations.

For the Scherzo and its two Trios, you might have had an expectation of heftiness; it’s as though most interpreters can’t get their minds out of the bierhaus. The opening unison pattering from Selby and Valve set a higher bar with a delicacy that brought to mind Mendelssohn operating on a less fragile plane than usual. There are no real forte indications outside that fetching, syncopated Trio II and the executants aimed for quick-touch delivery in the Scherzo pages. Farrands distinguished herself with a clear-speaking solo in Trio I, but probably the most impressive feat in these pages came from the unfussed account of the second Trio which proved to be agreably fluent despite nearly everything being out of kilter with the pulse.

Everybody shares the honours in the following Andante cantabile, pages that are notable for the variants in accompaniment that Schumann contrives rather than for the sentimental melody over which he dawdles. Each of the strings took at least one turn in treating it and the results proved carefully shaped and mellow in timbre. But the movement shines in its coda which verges on the self-indulgent but endears itself for a kind of bare-threaded placidity.

And so to the Vivace finale with its endless repetitions of an irresistible opening motif: three chords, then a semiquaver rush to a quick cadence. As in the Piano Quintet, the composer indulges in plenty of fugato, even if in the quartet the exercises are less beefy in character. Once again, you could not fault the ensemble, least of all in those passages where Selby’s right hand went off the beat for half a bar’s worth. As well, some stretches gleamed, like the octave duet between Park and Farrands that begins 4 bars after Letter H following the key change to A flat Major and resumes shortly before the change back to the movement’s tonic: two lines soaring through the underpinning mesh with unwavering integrity.

This work is filled with optimism, not complex in its format or eccentric in thematic treatments; making a sharp contrast with the Shostakovich trio and finishing up this recital with something approaching jocularity.

After the first decade or so, you accept that Selby & Friends affairs will feature top-notch musicians; more often than not, even in these times of crisis and deprivation, you can also count on interpretations packed with insightful information and confident breadth of vision. Next year might see this organization back on its regular touring round, involved in live performances only. If that’s the case, we in the north will certainly miss these videos which have provided excellent sustenance over the long months of this unsettled year.