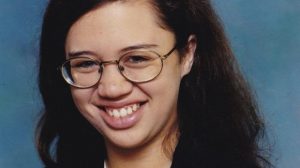 Studied from 1978-1981
As a student I was … badly dressed. I was going through a “bebop” phase and wore a beret and pretended to smoke a pipe (I couldn’t do it for real). There are those who might say my dress sense hasn’t improved.
Most important lesson … was to focus on the task at hand. I tended to be a bit “daydreamy”. You couldn’t get away with that at the Con.
Favourite memory … walking through the halls and hearing music coming through all the doors. It was like you were in a special place where music was the only thing that really mattered. Actually, that was probably true.
Most stressful moment … falling asleep on the train on the way to class and waking up at Emu Plains (the end of the line) only to realise that my class had finished an hour ago.
If I hadn’t pursued music I would have … been a musician who didn’t play. It’s not something you do, it’s something you are. Having said that, I would have been happy to fly planes – which I still get to do anyway.
Most important lesson the Con never taught me was … don’t eat at the cafeteria. I kept doing it, thinking one day it would be good. My apologies to the current cafeteria, I’m sure it’s fabulous. We’re talking about 35 years ago. 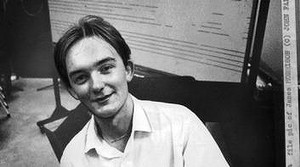 JULIAN HAMILTON
Half of the Presets
Studied from 1995-1998
As a student I was … generally pretty hard-working and studious. It was not easy getting accepted to study there and I really tried to make the most of the incredible resources. Most days I would spend in the library listening to recordings and poring over scores. Well, most days …
Most important lesson … was to recognise the 1 per cent of things that turn a fine performance into something magical: the phrasing, the lightness of touch, dynamic control. The notes on a page are important, of course, but a truly great performer transforms those notes into something sublime. 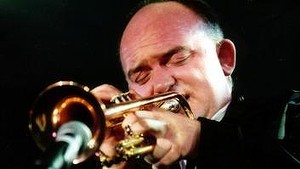 Favourite memory … Thursday 8am percussion class, coming straight from nightclubbing in East Sydney with Kim [Moyes]. We would later go on to form the Presets.
Most stressful moment … having a mind blank during my third-year piano exam. I was playing Rachmaninov and completely lost it and stopped halfway through. I pulled it together and dove back in. Thankfully, the examiners felt that I did at least play the bits I could remember rather well and still gave me a credit.

If I hadn’t pursued music … I don’t know what I would have done. I never really had a Plan B. 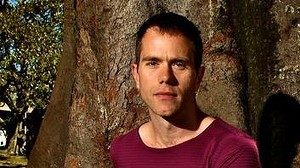 Most important lesson the Con never taught me … was how to rid our band room of hipsters, models and general hangers-on when they invade after a show and start drinking our beers.

NATHAN WAKS
Cellist
Studied from 1965-1968
As a student I was … a bit full of myself.
Most important lesson … it was not the Con but the teachers. Cello from Lois Simpson and everything else from Robert Pikler. 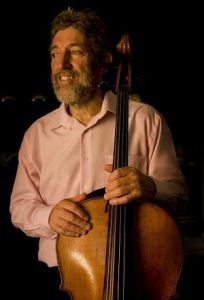 Favourite memory … secret trysts in a little attic room.
Most stressful moment … falling off the stage. I mainly hurt my ego.
If I hadn’t pursued music I would have … possibly played soccer for Chelsea, who offered me a scholarship.

Most important lesson the Con never taught me … was how to handle bigger places such as Moscow and Paris.

JADE MacRAE
Singer
Studied from 1993-2000
As a student I was … shy and easily distracted, but always deeply passionate about music.
Most important lesson … what was possible if you had the discipline to truly dedicate yourself to the pursuit of excellence. We were surrounded by maestros and magicians. Their drive and vigour instilled in me a work ethic I still carry with me. Teachers such as Richard Gill, Judy Bailey, Mike Nock and Chris Kimber were capable of pushing you to your limit, all with a twinkle in the eye.

Favourite memory … performing O Fortuna from Carmina Burana. It was a transformative experience for me. At the age of 13, it was a taste of how visceral the performance of live music can be, a feeling I continue to chase to the present day. 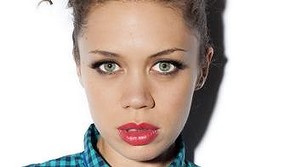 Most stressful moment … being called upon to be first violin leader of the orchestra. I felt an enormous amount of pressure, sitting in that coveted lead chair.
If I hadn’t pursued music I would have … liked to have been a journalist. I’ve always enjoyed language and its possibilities.

Most important lesson the Con never taught me … There was never much said about the precarious art of survival as a musician. For me there have been more than a few occasions over the years when I could have used some lessons in simple commerce! 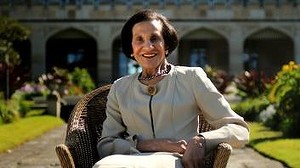 KATHRYN SELBY
Pianist
Studied from 1975 – 1977
As a student I was … very focused on learning as much as possible as fast as possible. I was at the high school but had been a student of Nancy Salas from age nine so had lessons with her at the Con from then.
Most important lesson … to be a good team player. Learning to listen, absorb, forge my own musical personality and to work with friends and colleagues.
Favourite memory … I can honestly say that my years at the Con were the best of my educational life and I treasure each and every one. 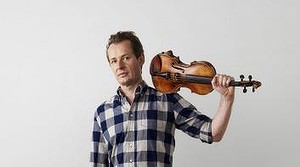 Most stressful moment … trying to get out of going to PE on the day I had a concert!
If I hadn’t pursued music I would have … probably gone into law or psychology.
Most important lesson the Con never taught me … was marketing, fundraising, programming – the nuts and bolts of running a business which revolve around presenting live music. These are all the things I have had to teach myself since leaving music school and are rarely taught in any conservatory.

IVA DAVIES
Icehouse frontman, oboe player
Studied from 1974-1977
As a student I was … officially a dropout. I was a tertiary student at the Con but I never finished. 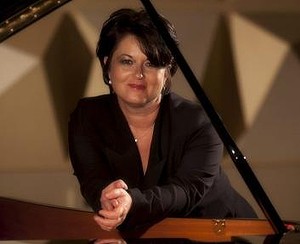 Most important lesson … discipline in many forms, from dedication to my instrument to the discipline of working with ensembles.
Favourite memory … a graduation performance of diploma students. My future teacher played the Richard Strauss oboe concerto. That was extraordinary and I’ll never forget it. It was a really defining moment.
Most stressful moment … when I got the job as third oboist in a Sydney Symphony performance of Bach’s St Matthew Passion. I was entrusted with the parts for the whole oboe section. It was in the days before the Opera House was completed and there were no direction labels from the green room to the various theatres. I got incredibly lost and eventually found my way to the concert hall stage. The entire orchestra and conductor were waiting for me.
If I hadn’t pursued music I would have … the only other interest I had growing up was archaeology, believe it or not.
Most important lesson the Con never taught me … that there would be people along the way in positions of power who were less focused on the beauty of music and more on politics.

PROFESSOR DAME MARIE BASHIR
Violinist, former governor of New South Wales
Studied from 1943-1954
As a student I was … enthralled by activities such as an early opera production in the years before Opera Australia was formed. The various student orchestras which practised and performed there – junior and senior – were an enthralling experience for all.
Most important lesson … the value of understanding the intention, the skills, the dreams of each of the composers, and how these, whether consciously or unconsciously, were conveyed in the music. Beethoven, Tchaikovsky and Chopin are examples of emotional integration affecting the listener and adding to one’s joy as well as deeper understanding of the music.
Favourite memory … my peers there, especially when playing in the junior orchestra. Mischievous, witty Charles Mackerras playing the oboe; beautiful and fine violinist Patricia Tuckwell, who later went to London and married the Earl of Harewood. Barry Tuckwell, Patricia’s younger brother, who played French horn and became one of the world’s most acclaimed French horn players. William Krasnik, our initial conductor, as well as Florent Hoogstoel, senior orchestra conductor – both demanded excellence. The thrill of playing in an orchestra is unique.
Most stressful moment … performing for the Australian Music Examination Board exam, playing works of the great masters to a well-known teacher-examiner who wrote a detailed description of each item you played.
If I hadn’t pursued music I would have … Indeed, I did not pursue music for a professional career. I was understandably self-critical and did not believe I would attain the perfection I would desire. So my career was through the study of medicine, later specialising in mental health, especially with children and adolescents. At the adolescent unit one of the staff members who appointed me was a music therapist, who added significantly to the healing process.
Most important lesson the Con never taught me … I can think of no deficit in my experience as a student at the Con. And I never cease to be grateful for that period which so enriched my life.

RICHARD TOGNETTI​
Violinist, artistic director of the Australian Chamber Orchestra
Studied from 1977-87
As a student I was … in wonder at my new-found world. I’d come from the then culturally hostile environment of my hometown to the Con High, surrounded by music, musicians and the pulsating city of Sydney with her wonderful Botanic Gardens serving as our schoolyard.
Most important lesson … it came from my violin teacher Alice Waten, who was my anchor. She instilled in me a sense of Soviet-style discipline whilst affording me space to unleash a new frontier’s imagination.
Favourite memory … having the cataclysmic, shocking and alluring worlds of modernism revealed to me through the prism of Dr Richard Toop’s heady lectures. Post-modernism was just starting to foment strong reactions in the student mind, and crossover was not yet a serious consideration. I rebelliously joined the “early music movement” whose liberating, alternative musical lifestyles beckoned followers to Holland, England and Austria. Back then, the grass was certainly greener in Europe.
Most stressful moment … My friend double bass player Jenny Penno and I had been in a house fire. Covered in soot, my hair standing on end and my white t-shirt badly charred, we drifted in some 30 minutes late to a rehearsal taken by a fierce conductor who when upset – and nothing upset him more than unpunctuality – would fulminate against the offender. “The Fulminator” stared at us in mute disbelief.
If I hadn’t pursued music I would have … never left the ‘Gong.
Most important lesson the Con never taught me … how to run an orchestra and deal with politicians.

See con100years.music.sydney.edu.au for details on centenary events, including the Sydney premiere of Leonard Bernstein’s MASS on May 6.